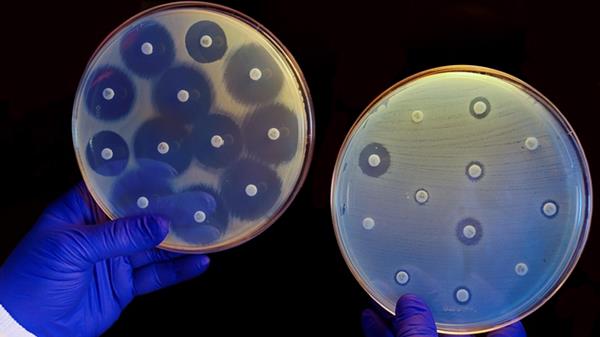 The increased frequency of antibiotic-resistance amongst veterinary pathogens requires new treatment possibilities. New antibiotics currently in the clinical trials will likely be restricted to human use only, and coupled with increased public health debate about the use of antibiotics in animals, restrictions on the usage of certain antibiotic classes, and calls for reductions in antibiotic usage in veterinary medicine, there is an urgent need for effective non-antibiotic alternatives. To combat antibiotic resistance alternate therapies such as bacteriophages, which are viruses that specifically target and kill bacteria, are being investigated. Bacteriophages are bacterial specific viruses with a number of advantages: 1) lytic phages have a bactericidal effect similar to antibiotics, 2) they have low toxicity since no adverse side effects have been treatment with phages, and 3) they cause minimal disruption of the normal microflora because of the narrow host range and specificity of phages. In vitro and animal in vivo data illustrates the promising efficacy of phages.